Keep It Up, Wilber Zaldivar!

Exciting updates from our old friends, the Zaldivar Family! After starting with us in Seattle, they have moved down to LA, and in the last few years, have accomplished so much. Wilber has become quite the voiceover actor, he had a role in Hotel Transylvania 2, just wrapped a movie, and has voiced roles in Craig of the Creek, The Loud House, Elena of Avalor, Sofia the First, and appeared in Una Palabra and Game Shakers! His younger brother and sister have some fun stuff to report too, and I will get those videos together soon. Congrats Wilber and all of your success! We will see you in January in LA! 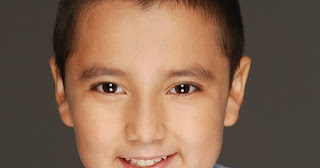