Lots of stuff happening with the talented Ms. Abby Henkes!

Lots of stuff happening with the talented Ms. Abby Henkes! After a terrific showing at IMTA in January, she signed with the excellent 7 Sails Management in LA, where she has already auditioned for a major motion picture! Abby and her Mom both played major roles in a short film that was part of the Cinema 253 competition in Tacoma, WA. How cool is that? She models for Zulily monthly, and has also started her first YouTube channel under the tutelage of acting coach and producer Bill Herndon. We will be uploading her first episode: Acting with Abby later this week. Look at the momentum this amazing young actor has! We are all so proud of your success Abby, congrats from your friends, fans, and family at Seattle Talent! 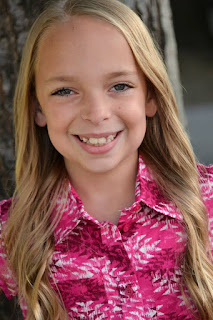