Everyone is going to know who these Seattle Talent models are in the next year. Andrey and Vladimir Ivanov of Seattle Talent are two new stars in the modeling industry. Discovered by Hank Ritter at Seattle Talent, they both competed at a Talent Convention last July in Las Vegas, and swept awards for both acting and modeling in their respective competitions. Andrey had callbacks and interest from almost sixty different modeling agencies and talent agencies. Andrey is modeling in Paris, and shooting with a ton of great photographers. He is signed with JE Models modeling agency, Wilhelmina Modeling agency, and one of the best mens modeling agencies in Europe, Ford Europe. He has modeled in multiple campaigns already. Just six months ago he was a bank teller! Vlad Ivanov is already seen on the Abercrombie and Fitch website, and has been working non-stop. He is also signed with both the JE Modeling agency in San Francisco, as well as Wilhelmina LA, the best modeling agency in the US. He is a great guy, who is just as good as actor as model. They are complete professionals, both extremely polite, friendly, and genuinely nice guys. Everyone at Seattle Talent is so happy for their successes. Here are the two new Seattle Talent modeling superstars together: 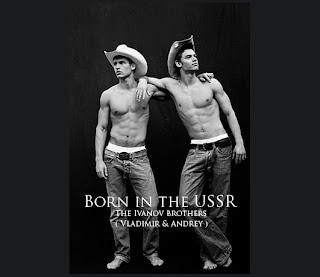