Terrence Little-Gardenhigh - A Star On The Rise

Hey there, folks! We have an update on the amazing Mr. Terrence Little-Gardenhigh! You may remember Terrence as the fabulous young man who walked away with the prestigious Male Pre-Teen Actor of the Year award at IMTA Los Angeles 2018. Since we signed him with Management 101 and Osbrink Talent Agency LA, this gifted comedic actor has already been adding some noteworthy roles to his resume. So today, we are going to take a moment of your time to brag about him!

So far, this stellar guy has booked the lead role in a short film, recorded voice-overs for Walt Disney Studios and Netflix, and he just received a callback from Disney for a role he auditioned for. Could we be any more proud?!

And listen to this noise - Terrence recently got a callback for a role in a high-profile film starring celebrity talent… we can’t say who the star of this upcoming film is just yet…but…his name rhymes with Beddie Nurphy! See what we did there? We are sooooo excited for Terrence!

You folks should know, this young man is a star on the rise! We have seen him in his element, and his work is off the hook. We see a very promising future for this guy. Keep it up Terrence, your friends, fans, and family at Seattle Talent are so excited for you! We can’t wait to hear about your callbacks, and to hear your voice-overs on the big screen! Congratulations on all your hard work. 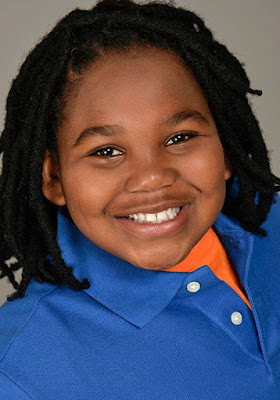 Take your career to the next level. Get discovered today! Visit Seattle Talent online to reserve your place at our next audition or learn more about future auditions. We are the industry leader in the Pacific Northwest, and the only studio in Seattle that hosts talent scouts from the industry’s top talent agencies in Los Angeles, who are always scouting for the next big star. Now is your chance to shine!