I would like to introduce you to one of my favorite Seattle Talent clients of all-time, Alexis Lambert! This is a kid that a lot of the clients and families of Seattle Talent are familiar with, as she works for us on the days we bring talent agents and modeling agents to Seattle Talent, but I wanted to highlight here because she is exactly the kind of kid that makes our studio such a fantastic place. She began working with us in 2002, as a super cute little nine year old. She attended a big convention in NY in 2003, and has since done all sorts of things. She has been represented by a Seattle Talent agent and Seattle Modeling agent, TCM locally, as well as by Indra Clark of CTG LA, a great LA talent agent, who found her on a scouting trip to Seattle Talent.  Now she is represented across the board by Tiffany Attwood at RPM Talent LA.  Alexis has modeled print jobs for Macy’s, Student Supply, SanMar, Fashion Designer Minju/McKay (I went to her runway show, Alexis was amazing), Getty Images, and Zumiez. She has also done some acting in an industrial film for the California Highway Patrol, a voice over for the Washington GET Program, and modeled in runway shows for Project Ethos 3 & 5 in LA, Minju/McKay, Teenest, and Hour Eyes. Alexis has also acted in a number of student films and independent films.   As impressive as all of that is, most of you know her from helping run the line for Agent Days, and know exactly how warm, professional, sincere, and adorable she is. All of us at Seattle Talent really feel that while Alexis has a great look for a model, and is an excellent actress, it is her incredibly likable personality that is going to make the entertainment business a career opportunity for her. Here are some photo’s of this great John Robert Power Seattle model and actress, and wonderful kid in general, Alexis Lambert: 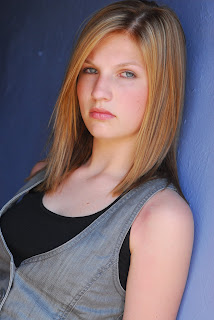 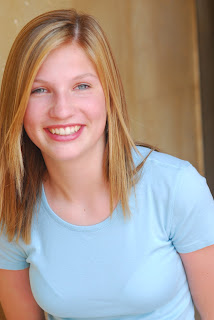